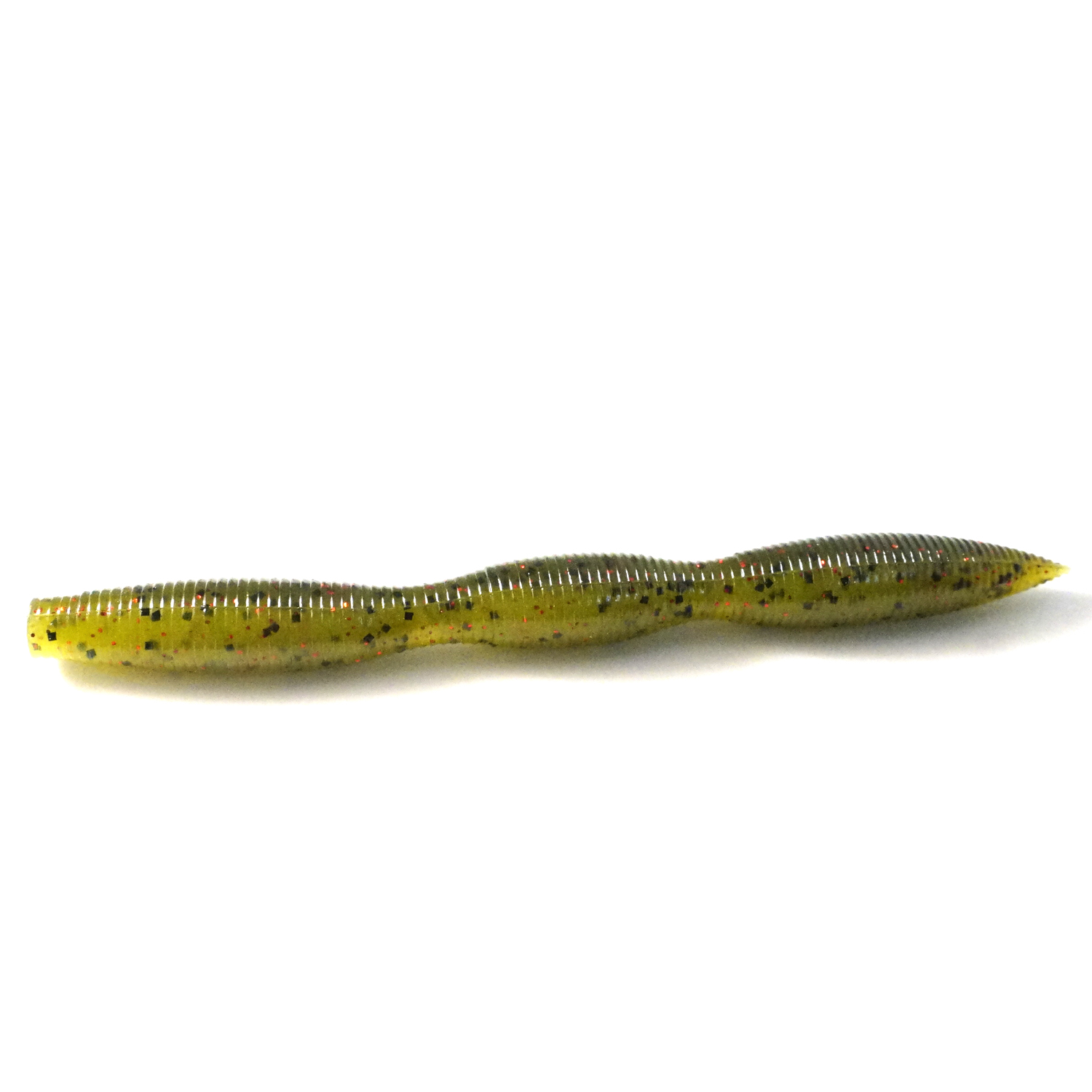 July 1st 2018
Riot Baits, makers of the acclaimed Fuzzy Beaver and Minima Jig have announced a revolutionary worm design they claim is the “wackiest worm on the planet”. The new worm design produces dramatically more action when wacky-rigged than any other worm in existence.

Call it the Riot Baton. According to Riot Baits, the new 4.6″ Baton, is a worm that surpasses the performance of all other wacky-rigged worms on the market today. The Baton’s unique design combined with its heavy salt content create a fast fall rate and unparalleled action. The Baton features a tri-module design to maximize its underwater undulation by creating variances in its water displacement.
Watch the Baton falling wacky-rigged.
Be sure to click the gear button and change resolution to 1080p for best viewing quality.
Although it shines wacky rigged, the Baton was carefully designed to allow it to be rigged numerous ways other than strictly wacky-rigged. The 4.6″ Baton is easily Texas-rigged on a 3/0 flipping or EWG hook. It makes a great worm for a Neko rig; can double as a fluke; works excellent on most shakyheads; looks amazing on a drop-shot or any other imaginative rigging option you can think of. What is more impressive is the Baton will still undulate in the same way it does wacky-rigged when it is Texas-rigged weightless!

Unlike many Senko-style worms on the market today, the Baton does not require additional weights or rod tip motion to create an alluring action. But, don’t listen to our sales pitch. Instead, watch the underwater footage of the Baton, and see how it stands out from the competition.

We took a quick trip to the tackle store and bought some of our competitor’s stick baits to compare their action to the action of the Riot Baton.

Watch head to head underwater video comparison between the Baton and other stick worms. (Be sure to click the gear button and change resolution to 1080p for best viewing quality)

Add to Wishlist
+
Quick View
Out of stock

Receive product updates, coupons and news
By submitting your information you have agreed that you have read &
agreed to our Privacy Policy
Join Waitlist We will inform you when the product arrives in stock. Please leave your valid email address below.
You need to Login for joining waitlist.
Login Register